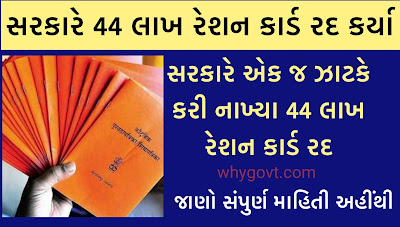 Decision taken to give justice to right beneficiarie

Duplicate ration cards scams also came up in 2013The official said the digitization of  ration card has helped in making the public distribution system transferred and improved. "We also add new  beneficiaries designated for each state and union territory at the time of removal of ineligible ration cards." He said.

Find out how many people will benefit from NFSAAbout 81.35 crore people's benefit for NFSA. That is two thirds of country's population. About 800 million people currently received 5 kg of foodgrains per month under the prime minister's poor welfare food scheme. The government can expand the scheme. The scheme was launched in march 2020 to combat the corona epidemic.