Terrible cyclone flew in the sky

Terrible cyclone flew in the sky

We don't even know what is happening around us.  Information is obtained when it goes viral and is known through the media. 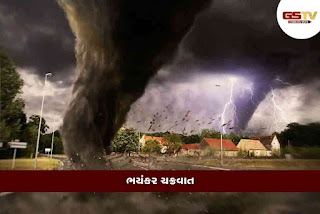 A video is going viral these days, showing a fierce cyclone.

In the video you can see how terrible the cyclone is.  It covers a very long area.  This cyclone is so dangerous and fast that it can damage people, even large vehicles.

In this way, sometimes the event itself becomes frightening, and a great deal of damage is done.

The 30-second video has received 6.4 million views so far.