Cyclone calamity forecast in the state, threat of triple attack of storm looms

Cyclone calamity forecast in the state, threat of triple attack of storm looms 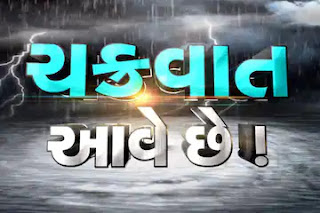 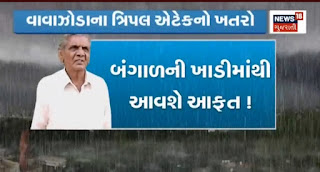 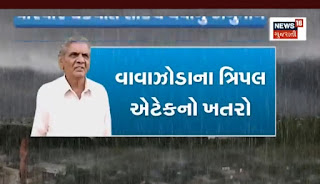 This time there has been heavy rain in Gujarat. It is still raining and clouds are being predicted in the near future. Meanwhile, another threat is looming over the state. A triple attack of the cyclone has threatened Mandarai. If this prediction of Ambalal Patel comes true then there will also be a cyclone disaster in the state. This calamity will come from the Bay of Bengal. According to Ambalal Patel's prediction, this calamity will come from the Bay of Bengal. Due to which there is a possibility of threat of triple attack of cyclone. Frequent cyclonic activity is predicted. Meteorologist Ambalal Patel has made a big prediction. He has predicted a triple attack of cyclones in the month of September. Due to this storm, wind strength will increase along the coast of Gujarat and rain will also occur in some areas.

It is to be noted that, in 2021, only 55 percent of rain occurred in the month of August. This year 100 percent rainfall has been completed. The total rainfall of the season in Surat district fell only by mid-August. Rain is still predicted in September and October. On the other hand, 97 percent planting has already been done in the district. 84P percent water harvesting has taken place in 207 demos of the state. There are 64 dam overflows in Gujarat. While 93 percent of water has been stored in Sardar Sarovar Dam. Besides, 34 dams in Saurashtra, 13 in Kutch, 8 in South Gujarat, 6 in Central Gujarat and 3 in North Gujarat are 100 percent full.