Did the egg or hen first come to earth?

Did the egg or hen first come to earth? Scientists have found the answer 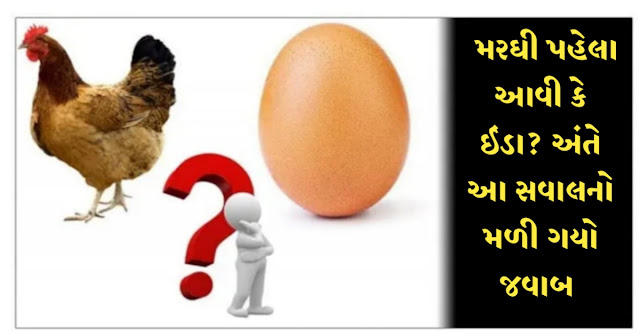 This question has perplexed mankind for centuries as the world's first egg arrived. People have tried many times to solve this mystery but to no avail. Scientists have now found the question.

It is not the egg but the hen that first came to earth.

Many professors are researching the question of eggs and poultry

According to a source, many professors at the University of Sheffield and Warwick in Britain are doing research on the question of eggs and poultry. After much research, it was discovered that the first chicken in the world was not an egg but a hen.

Dr Colin Freeman, a scientist who led the research team, said: “It has long been suspected that the egg came first or the chicken. Now we have evidence that the hen came first.

Special protein is found in chicken

Egg shells contain a protein called ovoclidin, scientists say. It is impossible to make an egg without this protein. This protein is only made in the uterus of chickens, which is why it is the first chicken in the world. Ovoclidin was formed in the uterus after which the protein reached the egg shell.

Scientists have suggested that the hen landed earlier in the day. However, the question of how the chicken came to be in the world at that time remains an unsolved mystery.