IND vs NZ 3rd ODI Pitch and Weather Report The third and deciding match of the three-match ODI series between India and New Zealand (IND vs NZ 3rd ODI) is to be played on 24 January. This match will be played at Holkar Cricket Stadium, Indore. 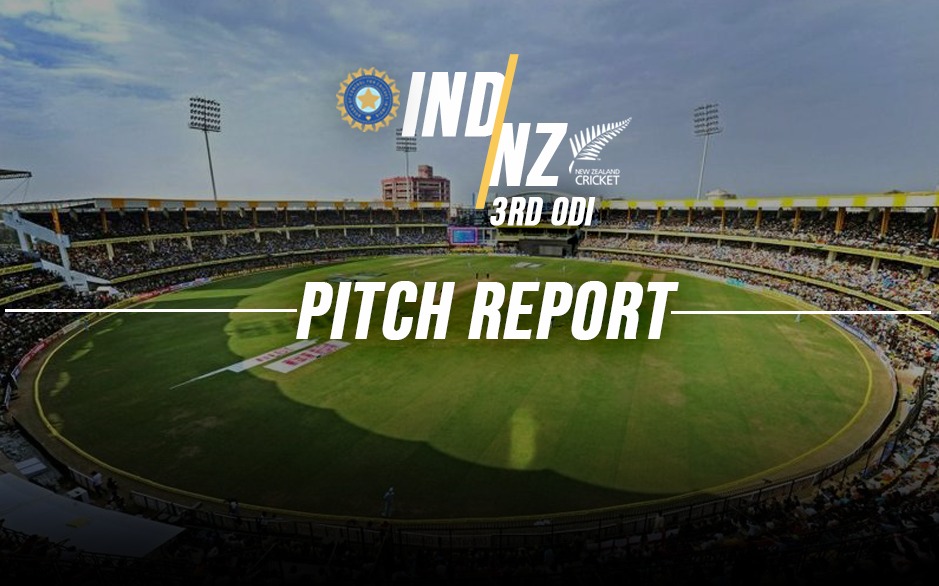 New Delhi, Sports Desk. IND vs NZ 3rd ODI Pitch Report and Weather Report. The third and deciding match of the three-match ODI series between India and New Zealand (IND vs NZ 3rd ODI) is to be played on 24 January. This match will be played at Holkar Cricket Stadium in Indore. Please tell that the Indian team is leading 2-0 in the series.

In such a situation, Rohit Sharma's eyes will remain on the clean sweep of the series. On the other hand, the Kiwi team will go on the field with the intention of saving their honor by winning the third match. So let's know in detail about the pitch and weather patterns of Holkar Stadium through this article.

India vs New Zealand first ODI match played in Hyderabad on Wednesday, India won by 12 runs while India won the second ODI by 8 wickets in Raipur. And with this, India has taken a 2-0 lead in the ODI series. Now the third and last ODI of this series will be played at Holkar Stadium in Indore on Tuesday, 24 January.

The Holkar Stadium of Indore is the home ground of the Indian team. It should be talked about how India's ODI record is on this pitch, then Team India's record here has been excellent. Team India has played 5 ODIs at Holkar Stadium and India has managed to win all the ODIs.
India has defeated England 2 times and South Africa and Australia 1-1 times on this pitch. So far only 5 ODIs have been played on this ground. In which the team batting first 3 times and the team batting 2 times later won.
Total ODI Matches - 05
Batting first - won 03 matches
Bowling First - Won 02 Matches
The first innings batting average score at Holkar cricket stadium, indore is 307 runs while the second innings batting average score is 262 runs. According to which it can be said that batsmen also score very good runs on this pitch. 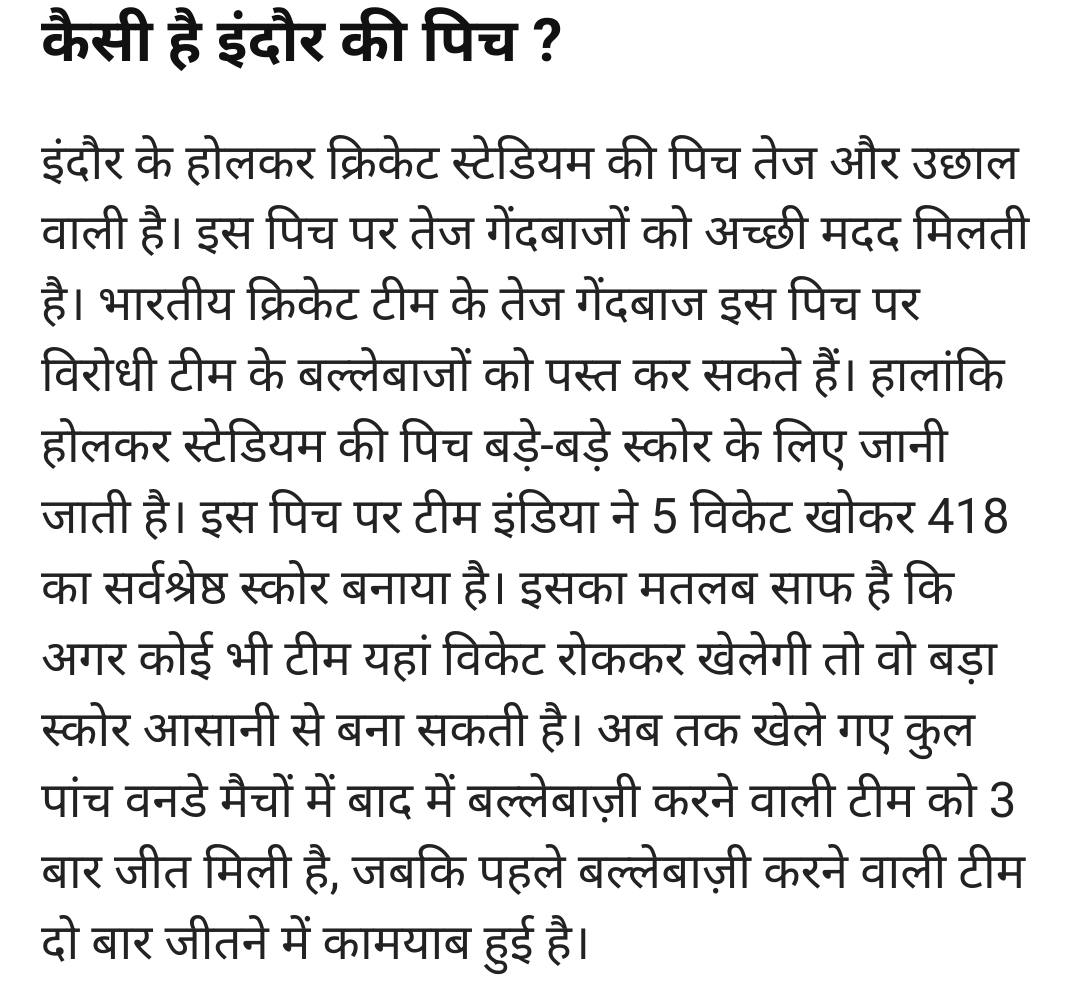 Talking about Holkar cricket stadium, this pitch of Indore helps fast bowlers a lot, the pitch has good bounce and the ball is good in swing.

However, on this pitch of Indore, the Indian team has also scored a huge score of 418 runs. According to this, it can be said that if the batsman plays on this pitch, then the team can also make a big score.
India is the most successful chasing team on this ground. In the year 2017, Australia scored 293/6 while batting first in an ODI and India won the match by scoring 294/5.
Stay connected with www.gyanmahiti.com for latest updates